Stephen started work aged 16 as an Apprentice Miner at Dawdon Colliery in 1971. After only 7 years Stephen received his deputy tokens and continued to work at the Colliery, 7 days a week, until 1991. His work in the pits seen him cover longwall faces, measure drifts, headings and salvage work. When leaving Dawdon Colliery in 1991 he worked for one year at Vane Tempest Colliery then the next year at Westoe Colliery before finishing his 22-year mining career to pursue a career in teaching in 1993.

In his retirement Stephen has joined Eden art group where he has started to draw some of the scenes from his mining career. Stephen does this to ensure that his memories are not lost. We have been granted special permissions from Stephen to share these images. 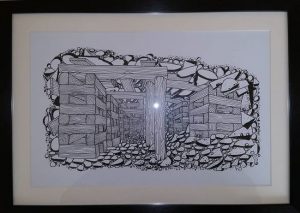 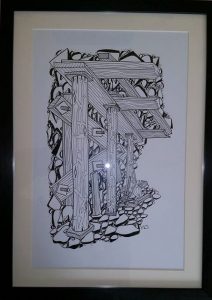 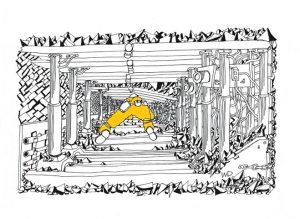 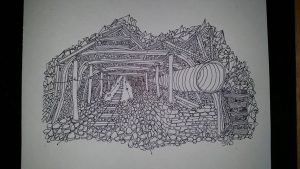