I’m originally from Deafhill. I lived there until I moved to Peterlee with my wife.

Anyway, living in Deafhill, my dad and a few of his friends started a small community centre with a dartboard, a pool table and dominoes; that kind of thing. In the summertime, they decided to play a game of quoits.

They dug a hole in the grounds of the building where the centre was and they dug up a Deafhill Miners pit token. They couldn’t decide who would keep it so they played nearest the bullseye and my dad won it. He showed it to me and explained what it was. He said I could have it and I was hooked from there.

Please see below for a collection of pit tokens from Michael’s collection. Images © Michael Wilson. 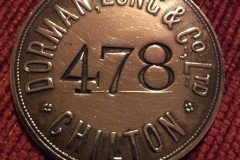 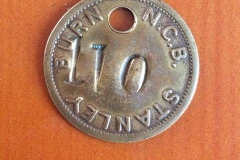 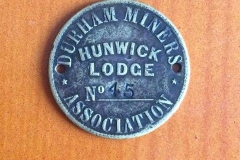 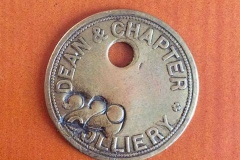 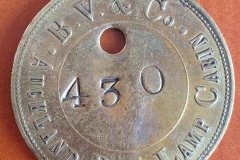 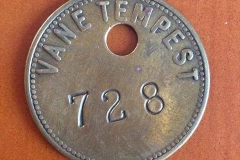 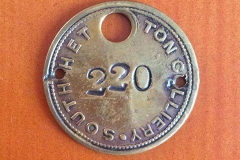 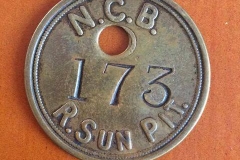 The purpose of tokens

A 1913 amendment to the Coal Mines Act of 1911, made the use of checking systems in British mines mandatory.

Tokens were made from brass, zinc or aluminium although there are some examples of plastic/bakelite and leather. Most had hand stamped identification numbers in the centre and came in a variety of shapes including circular, square, rectangular, hexagonal or octagonal.

The man who had that number would be issued with the check at the time office when clocking on for his shift. Generally there were 2 checks, a round one and an oblong one. When the man was entering the cage to go underground he would give that round check to the Banksman. The check along with others would be sent back to the time office. The check was twofold. It would indicate that the man had gone underground and also he was being paid. When coming out of the mine after stepping off the cage the man would give the Banksman the oblong check. This would be sent back to the time office and put on the same peg as the round check. When there were 2 checks on the peg this would indicate that the man was back out of the pit. This is the safety part. The time of return of the check would also have been noted so that payment would be made for that shift.

Special thanks to Michael for sharing his impressive collection with us.